Anthroposophy and the Social Question
GA 34 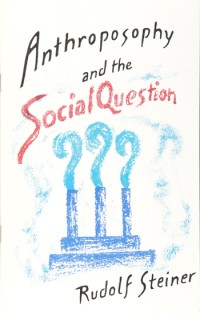 This edition of Anthroposophy and the Social Question, first published in 1982, is a translation of three essays by Dr. Rudolf Steiner which first appeared in the journal “Lucifer-Gnosis”, October 1905/1906, under the title Geisteswissenschaft and soziale Frage.