Fairy Tales in the light of Spiritual Investigation
GA 62 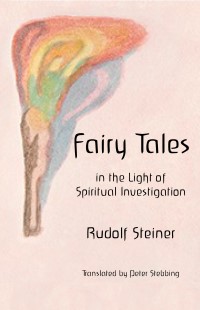 From the contents of this lecture: “Fairy tales and sagas are comparable to a good angel, granted human beings as a companion from birth on their life's wanderings, to be a trustworthy comrade throughout — offering comradeship, and making life inwardly into a truly ensouled fairy tale!”

This is a lecture, given by Rudolf Steiner, entitled, Märchendichtungen im Lichte der Geistesforschung and contained in the volume, Ergebnisse der Geistesforschung (Results of Spiritual Research) GA 62. The series in which this lecture was given at the Architektenhaus in Berlin, may be said to underline its overall importance for Rudolf Steiner: Held February 6th 1913 subsequent to a lecture January 30th on Raphael, it was followed a week later, on February 13th, by a lecture on Leonardo da Vinci.

As a bonus, A Mongolian Legend is included. It is from a matinee lecture given by Rudolf Steiner: Mythen und Sagen. Okkulte Zeichen und Symbole (Myths and Legends. Occult Signs and Symbols). From GA 101. Lecture IV, 21st October 1907 in Berlin. Translated by Peter Stebbing