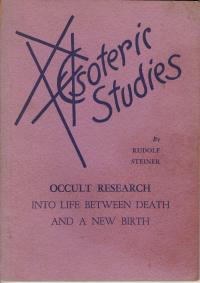 Here are 2 lectures, the eleventh and twelfth lectures from the lecture series entitled, Occult Investigation of Life between Death and Rebirth, and published in German as, Okkulte Untersuchungen ueber das Leben Zwischen Tod und Neuer Geburt. Die lebendige Wechselwirkung zwischen Lebenden und Toten. They were given by Rudolf Steiner on the 13th and 20th of February in 1913 at Stuttgart.

Steiner here describes the cosmic aspect of life between death and new birth, the way through the Planetary Spheres, and the establishment of mutual relations between the living and the so-called dead. Translated by Ruth Hofrichter