Lectures to the First Class, Part I
GA 270 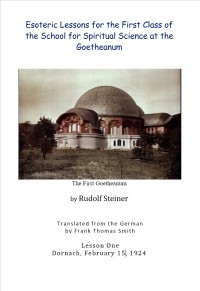