Man as a Microcosm of the Universe 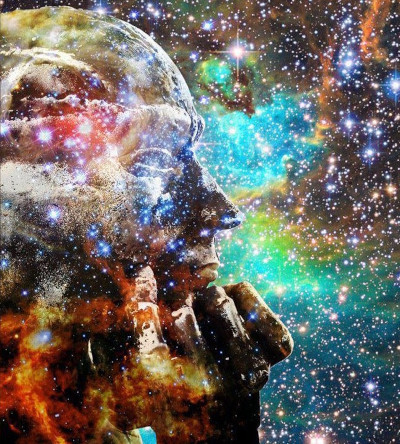 While Rudolf Steiner produced volumes of material, his message could be summed up by the Ancient Greek aphorism "Man, know thyself!" By studying his teachings, we begin to truly understand our whole being and its purpose in the world. In fact, by understanding ourselves in this way, we can come to understand the whole universe.

Rudolf Steiner reminds us we are literal microcosms of the vast universe—a map of the entire cosmos is within us:

Apart from the splendor and glory of all the rivers and mountains on the surface of the earth, a still more exalted splendor adorns what lies inside of man's skin, even in its merely physical aspect. It is irrelevant that all this is of smaller scale than the seemingly vast world of space. If you survey what lies in a single pulmonary vesicle, it will appear as more grandiose than the whole range of the mighty Alps. For what lies inside of man is the whole spiritual cosmos in condensed form. In man's inner organism we have an image of the entire cosmos.
—Rudolf Steiner, Man's Being, His Destiny, and World-Evolution, GA 226, May 17, 1923