The Impulse for Renewal in Culture and Science
GA 81 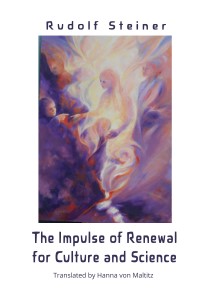 Here is a First Edition English translation of a series of seven lectures, entitled, The Impulse for Renewal in Culture and Science, published in German as, Erneuerungs-Impuls fuer Kultur und Wissenschaft. This course was organized by the Federation of Anthroposophical University Work and the Berlin Branch of the Anthroposophical Society. It was the aim of the organizers, through lectures by various speakers, to “give an impression of what suggestions in various fields can be given by anthroposophy.” For each course day, Rudolf Steiner gave the introductory lecture. In these lectures, Steiner explains the relationships between Anthroposophy and the natural sciences, philosophy, pedagogy, theology, the social sciences, and linguistics. He also brings to light the biological differences between humans and animals from an anthroposophical perspective. Translated by Hanna von Maltitz