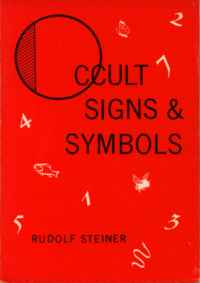 Transcribed from a series of lectures in Stuttgart, September 13–16, 1907. Translated from German shorthand reports unrevised by the lecturer (Vol. 101 in the Bibliographic Survey, 1961) by Sarah Kurland with emendations by Gilbert Church, Ph.D. Electronic transcription by John Roland Penner, 1998.