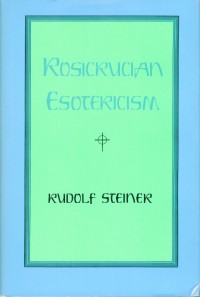 These lectures present an overview of the western Rosicrucian esoteric knowledge elaborating on the nature of the human being; the physical world as an expression of spiritual forces and Beings; the stages of earth evolution in Lemuria, Atlantis, and after Atlantis; and the human being's experience after death. This volume along with The Principle of Spiritual Economy completes the bulk of the German volume Bn/GA 109.

The ten lectures presented here were given in Budapest, June 3rd to 12th, 1909. They were translated from the original German by D. S. Osmond, from shorthand reports that were not revised by Dr. Steiner. In the Collected Edition of his works, the volume containing the German texts is entitled, Das Prinzip der spirituellen Oekonomie im Zusammenhang nit Wiederverkorperungs Fragen (Vol. 109 in the Bibliographic Survey, 1961).