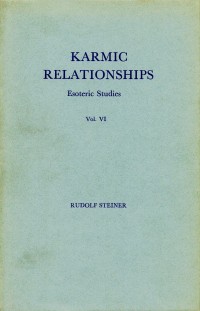 Nine lectures given at various cities, between 25th of January and 20th of July, 1924. Translated from shorthand reports unrevised by the lecturer by E. H. Goddard, D. S. Osmond and Mildred Kirkcaldy. The original texts of the lectures are contained in Vol. VI of the series entitled Esoterische Betrachtungen kärmischer Zusammenhänge (No. 240 in the Bibliographical Survey, 1961).