Man as Symphony of the Creative Word
GA 230 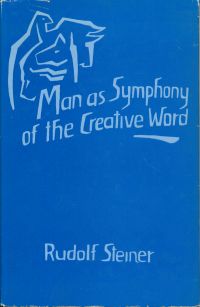 In this important series of lectures, given near the end of his life, Rudolf Steiner brought together many aspects of his research into man and nature.

Translated from shorthand reports unrevised by the lecturer. The original German text is published in the Complete Edition of the works of Rudolf Steiner with the title: Der Mensch als Zusammenklang des schaffenden, bildenden und gestaltenden Weltenwortes. (No. 230 in the Bibliographical Survey, 1961.)