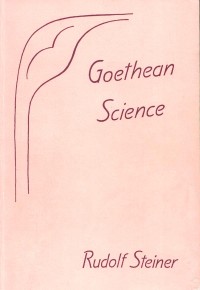 In the collected edition of Rudolf Steiner's works in German, the volume containing the German text is entitled Goethes Naturwissenschaftliche Schriften, Einleitungen, (Vol. I in the Bibliographic Survey). It was originally published as introductions to Goethe's Natural-Scientific Works in Kürschner's Deutsche National Literatur, edited by Rudolf Steiner, with introductions, footnotes, and annotations in four volumes, 1883–1897.

This 1988 Mercury Press translation was made by William Lindeman. Cover graphic form by Rudolf Steiner (originally as a study for the book Truth and Science).