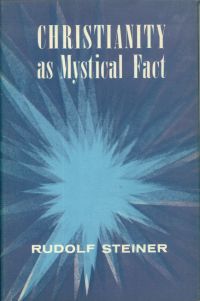 What is the connection between early Christianity and its contemporary counterparts and its antecedents? The comparison is not to Roman emperor worship, but rather to the practices of the Mystery Religions. One interesting comparison which can be made is the raising of Lazarus to the traditional temple sleep of three days and three nights.

As his source for many of the classical quotations included in Christianity as Mystical Fact, Rudolf Steiner used Otto Willman's Geschichte des Idealismus, History of Idealism. The present translators have referred to original texts wherever possible for this edition of Steiner's book.