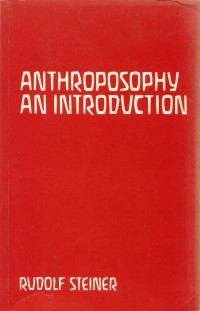 These lectures were given to an audience of seasoned students of Anthroposophy; nevertheless, Rudolf Steiner described this course as 'introductory.'

As the wide-ranging content reveals, Steiner's gaze was clearly fixed on Western humanity in general. As one of the most important spiritual teachers of the twentieth century, he felt that it was vital to describe the purpose and nature of Anthroposophy from numerous perspectives. Most important, Steiner tried to reveal the esoteric nature of Anthroposophy in an exoteric way, because he believed that today's spiritual crisis requires it.

Given a year before he died, these lectures consider the implications of our human condition, especially our inner nature. He encourages the reader to consider our human and spiritual potential that Anthroposophy can help us develop.

Subjects include the transition from ordinary knowing to the science of initiation; meditation and inspiration; love, intuition, and the human I; dream life and outer reality; imaginative cognition and the building of destiny; and phases of memory and the true self.