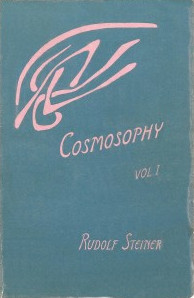 The modern, materialistic world conception is a product of fear and anxiety. This fear lives on in the outer actions of human beings, in the social structure, in the course of history ... Why did people become materialists, why would they admit only the outer, that which is given in material existence? Because they were afraid to descend into the depths of the human being.

With these words Steiner characterizes the relationship between inner and outer realities. In a sense deeper than normally recognized, the mind/body split is the result of fear to penetrate the mind, the inner human being. This lack of inner courage rebounds on society and civilization producing the terrible conditions modern humanity finds itself surrounded by. Healing will come when we summon the courage to penetrate the hidden mysteries within. These themes and many more are explored in these insightful lectures.

Eleven Lectures by Rudolf Steiner, given in Dornach, September 23–October 16, 1921. Translated from shorthand reports, unrevised by the lecturer from the German edition published with the title Anthroposophie als Kosmosophie. Revised translation by Alice Wulsin. Lecture 10 was translated by Michael Klein and edited by Alice Wulsin.